Google Workspace and Microsoft 365 have plenty in common. Both are subscription-based productivity suites sharing similar core applications. Both have word processing, spreadsheet, email, presentation, video calling, and messaging software included at their core.

Both suites work with a number of devices, browsers and operating systems and although Google Workspace is primarily web based, it also has the ability to work offline too. Microsoft 365 however, is primarily software based but offers web versions of its applications that have less functionality.

Price-wise Google Workspace has 3 main tiers ranging from £4.60 to £13.80 but many of the applications within the suite can be used for free. On the other hand,  the Microsoft 365 price traditionally ranges from £3.80 to £15.10. Enterprise versions of these software also exist, though these prices vary. Many businesses use Google Workspace for its lower price point, but may forget that Microsoft 365 costs more because of it’s greater number of features.

Gmail is simple and easy to use, making it a popular choice among many. Outlook features a number of useful features such as the ability to simplify email threads and a calendar that’s integrated into the application itself. It’s ability to sort, filter and organise your email is a big drawing point for many users. 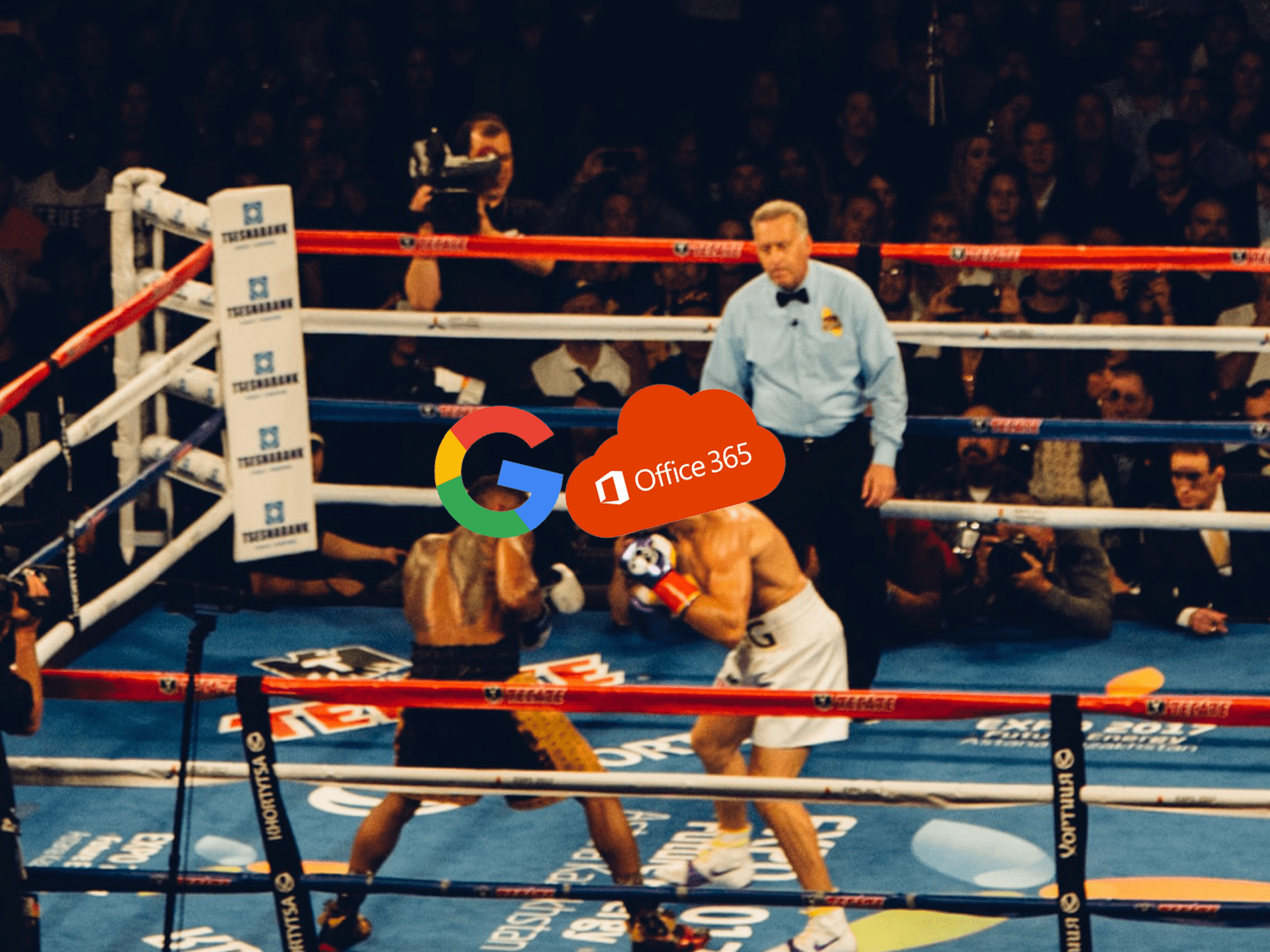 Many businesses may find that they are currently using applications from both programs. Some people prefer the simplicity of Gmail, but require the more extensive capabilities of Excel for example. However, doing this means missing out on the benefit of streamlining and simplifying your processes through the use of one suite for all your needs.

Which One Is Better?

Which is the better option? To a large extent this is dependent on your business, and how you plan to use it. Google Workspace can be simpler and encourage a more collaborative style of working, Microsoft 365 offers greater capabilities and a much larger number of features, as well as the ability to use Teams Telephony. In conclusion, Google Workspace is perfectly adequate, although, for those needing more out of their suite as  business application, we recommend Microsoft 365.

Check Out Our Microsoft 365 Offerings!