The Final of the UEFA European Football tournament was nail biting journey for any England fan, and the pressure on the shoulders of a young and developing team was surely evident against such an experienced Italian team. Add to this the pressure of being brought on specifically to take a penalty then I am confident that most normal people could not have held their nerve and given it a shot.

Sadly, our long–awaited victory was not to be and even more sadly, the emergence of what has been widely condemned as the attitude of a small minority of people who are misguided enough to believe that racism and the use of social media to peddle their hatred also resurfaced during and after the game.

Before and during the game, the antisocial behaviour displayed is also very disheartening in a game where the strapline “respect” is so prominent and the taking of the knee such a visible show of unity and goes against UEFA's Say No To Racism stance.

Away from racism, It is amazing how many “supporters” are willing to take part in other antisocial behaviour such as the booing of the opposing teams national anthem – is this not also abandoning the “respect” values?

And what about the criminal, vandalism and idiotic behaviour such as the shining of laser pens at Kasper Schmeichel as he readied himself to defend a penalty from Harry Kane. 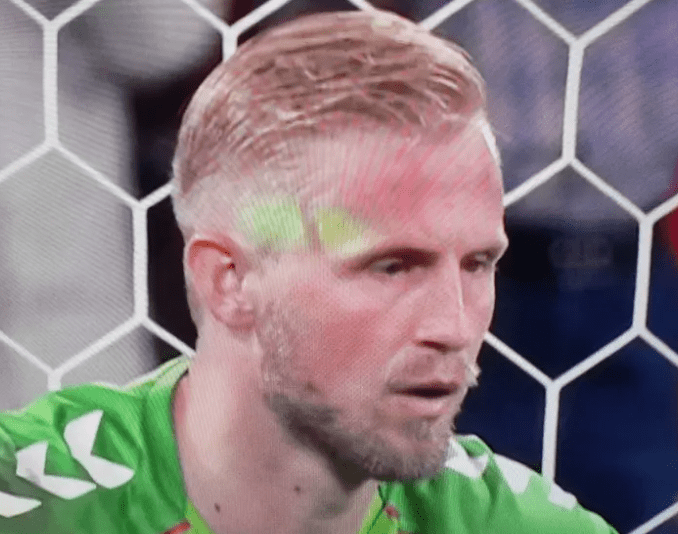 Away from the pitch, other acts of selfish behaviour took places, forcing their way into the ground, attacking police officers in their line of duty or climbing onto the roofs of buses, scaring the occupants inside, preventing the bus completing its route while endangering themselves and the people around them.

Transport for London (TfL) has already explored supporters not to climb on busses which subsequently sustained damage as a result of a “small minority" of revellers. 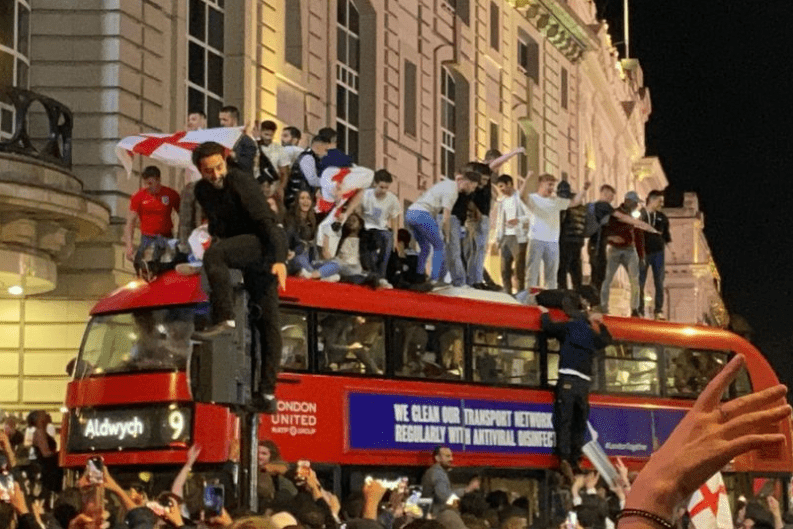 All of the people involved in these acts must understand that technology is now widely deployed in these settings – and is using the latest advances in face recognition, machine leaning (ML), Mobile data and Artificial Intelligence (AI) that can play a part in identifying these individuals.

Everyday hundreds of thousands of facial characteristics are being recorded, analysed and stored by CCTV systems in order to track known individuals. We are a nation that has become very familiar with using facial recognition in our day to day lives, such as opening our phones, laptops and even front doors.

At a crowd control and management level in the vicinity of Wembley and beyond, these images are fed into systems that by using big data analysis can return meaningful results to staff on the ground in minutes or even seconds. The deployment of 5G will rapidly increase the number of sensors and devices that are capable of monitoring an environment.

I’m sure the Police, UEFA and FA officials will review the footage of the crowd during the game, the social media posts and the disturbances caused, and will have a high degree of success in pinpointing the individuals, but with the vast amounts of money the sport has, are they doing enough?  If the technology exists, the sport should insist that they are at the forefront of automation and the use of technology that can root out, store and analyse data captured that is associated with those responsible and keep the majority of legitimate football fans safe.

Applications such as e-gates at passport control and boarding pass validation at airports, have demonstrated that the technology can be applied in mass transit and assist with identification of individuals and develop systems that can control of restricted areas. Triangulation of mobile phones is used to track and identify criminals going about their work, and sensors and autonomous devices can be used to trigger events and responses. 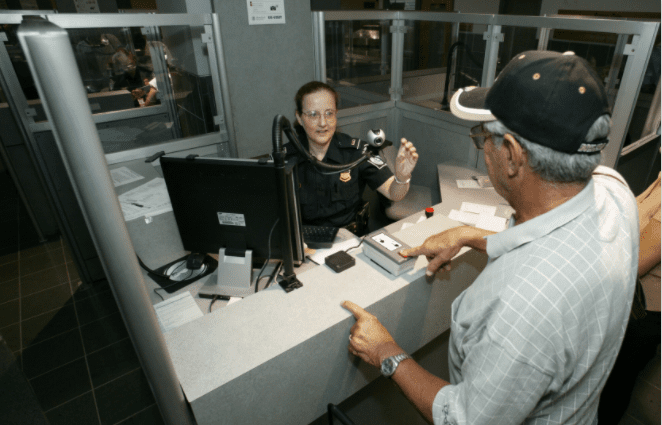 Picture: US Department of Homeland Security

US immigration and Homeland Security already requires a visitor to provide their social media and email details. Why do you think they do this?  It's because they already have enough computing and AI power at their fingertips to review you as a potential risk and make decisions on if they should allow you to enter their boarder.

It’s a small step to train this technology to look for a range of “aggressive – non aggressive” facial patterns, crowd moods and surges, unusual light sources such as laser pens, tracking the probable trajectory back to the source, classifying the vandalism and unrest with supporting data from other sources and triangulated data. The other route is to expect authorities to manually scan CCTV footage to collect the evidence needed to stamp out this behaviour.

Given that passport control already employs a turnstile system of allowing access through a border, and following the pandemic, Vaccine passports and other Covid-19 documentation are very likely to emerge on apps for our mobiles as new ways to identify individuals.  Can football stadiums and the infrastructure surrounding them be the pioneers for this?

Diverting some of the revenue received to install camera, sensor and IOT devices that make it clear to everyone attending this event their actions are accountable, electronically or otherwise would go a long way to curbing the problem. If deployed when each supporter approaches the controlled perimeter, the faces, electronic footprints and mobile data of those expelled from the event can be immediately recognised and action started to prevent them from entering the stadium.

The problem with racism and violence at sporting events, is that a vocal minority still feel it’s acceptable to act the way they do because they believe they can “hide in the clear”. With technology becoming the enabler in all aspect of our lives, including leisure activities, It’s down to the clubs, leagues and governing bodies to do the right thing and make the “Zero Tolerance” message a Zero-sum game, with technology at the heart of the deterrent.

At Vissensa we do not condone racism or anti-social behaviour of any kind and strive to conduct business ethically and responsibly. To find out more about our culture of responsibility and accountability click below.

See More About Our Company Values